The Museum is a cultural institution very close to school and gives its special attention to an educational activity. In the Museum there are two history teachers methodologists. Not accidentally, Kėdainiai Regional Museum is one of the first museums in Lithuania, that started to carry out an educational activity and its workers – to teach the history of the region in schools. As far back as 1994 the Museum workers A.Pečiulytė and R.Adomaitienė prepared a programme of Kėdainiai Region history for Secondary Schools, that was submitted to a content of programmes, held by Open Society  Fund – Lithuania ‘Education for Lithuania future’ and won the 2nd place. Starting with 1996, 3 subject lessons (‘The rye way’, ‘The flax way’, ‘The smoke cottage’), 3 integrated lessons – excursions around Kėdainiai Old Town (‘Reformation in Kėdainiai’, Religious confessions in Kėdainiai’, ‘The architecture of Kėdainiai’) and 3 integrated lessons – excursions around Kėdainiai district (historical – natural excursion for school children of junior classes ‘Kėdainiai is a geographical centre of Lithuania’, historical – literary excursion for senior school children ‘The literary Kėdainiai region’, historical literary excursion of fine arts for senior school children ‘The places of the 1863 revolt’) were prepared.

From 1998 the more intensive cooperation with separate schools started. A cycle of lessons was framed: ‘Archaeology in the Middle Lithuania’, ‘The Radziwills’ activity in Kėdainiai’, ‘Book smugglers in Kėdainiai region’ and ‘The eminent people of Kėdainiai region’. As long as the Museum acted in an old building, where there was a lack of big rooms, the bigger classrooms were being engaged in schools.

As schools started to show their interest in the educational activity of the Museum, there were more and more requests to prepare lessons on more various subjects. In order to engage school children, tasks of a creative character were included. There was a concept of an original educational programme, what would have succession, involve school children of various ages and be various by its subjects. We pursued a goal that school children should go to the Museum systematically throughout the school year.

In 1999-2000 a new cycle of 8 lessons for school children of junior classes was prepared. A class subscriber used to come to the Museum to take lessons on different subjects every month. During the lessons, children not only used to get acquainted with historical material, but also carried out tasks of the creative character. The cycle was comprised of lessons: ‘What does the stone axe tell’, ‘The tales of old items’, ‘The life in a mansion’, ‘The rye way’, ‘The flax way’, ‘There were Lithuanians who founded and defended the state’, ‘The customs of Shrovetide’, ‘One day in the Big Market’. For the senior classes a cycle of 10 lessons on subjects of Kėdainiai Region history was prepared. 13 classes from various schools of the town and district attended the Museum throughout the school year (350 school children).

In 2001-2002 the educational programme was complemented with a new cycle of an ethnographical direction for school children who attended the Museum for the third year. In that year 45 classes (1200 school children) became subscribers. Geography of visitors extended greatly as well, as among the subscribers there were school children not only from the town, but also from the district schools.

The lessons in the Museum are being also attended by school children of the special requirements from the Special Boarding-School, Children Foster Home ‘Saulutė’ and Youth School.

The educational programme of Kėdainiai Regional Museum is many-sided and wide. It includes history, art, and ethnic culture and is designed for school children of various age groups: from preschool children to junior and senior classes. The programme is systematic, as the same children attend the Museum some years successively.

A PROGRAMME OF THE EDUCATIONAL ACTIVITY OF KĖDAINIAI REGIONAL MUSEUM

SECRETS OF THE NEVĖŽIS VALLEY
During the educative tour pupils visit a manor of Sirutiškis and a park – a motherland of Cz. Milosz grandparents, Kalnaberžė – manor of P. Stolypin and K. Binkis, Paberžė – a museum of the 1863 uprising, manor of the Šilingai, a museum of the church items collected by Father Stanislovas, Krekenava – the Church of Virgin Mary Assumption, where poet Maironis served as a priest, Pašiliai – the lonely wisent reservation in Lithuania, Šventybrastis – a valley of insurgents of 1863 uprising, Šeteniai – a cultural centre of the Nobel prize winner Cz. Milosz, Apytalaukis – a manor of historicism style, that belonged to the Counts Zabielos, and a minaret in Kėdainiai. During the tour pupils fill in their excercise notebooks, with tasks requesting knowledge of history, literature and biology. The programme is adapted to pupils of 5-12 classes. Duration – 6 hours.

KĖDAINIAI – A LAND OF MIKALOJUS DAUKŠA AND CZESŁAW MIŁOSZ
Pupils read works of the Lithuanian poets of the Renaissance period and M. Daukša; fragments of ethnographical outline by M. Katkus ‘The Spill Times‘, autobiographical novel ‘The Isa Valley’ by Cz. Milosz and novel ‘Neighbours’ by J. Paukštelis; after that they analyze fragments of movies created on the basis of the mentioned works; they also select most typical heroes of the mentioned authors, create pageants and put together puzzles. The programme is adapted to pupils of 8-12 classes. Duration – 2 hours.

WHAT DOES THE STONE AXE TELL
School children get acquainted with the archaeological exposition, watch a fragment of video film ‘Vikings’ Festival’, measure and draw archaeological exhibits, do crosswords.

THE TALES OF OLD ITEMS
During the lesson school children learn to roll a linen towel, to carry wooden buckets with a yoke. They also try wooden clogs, guess riddles, say proverbs and draw items they like mostly.

THE LIFE IN A MANSION
School children get acquainted with history of mansions of Kėdainiai Region, look round the set of furniture made of horn from the Apytalaukis mansion, make fans and draw palace of their own dreams.

ONE DAY IN THE MEDIEVAL TOWN
School children get acquainted with history of the Big Market Square, draw sketches of the most important architectural buildings: Town Hall, the Reformed Church and House of Glaziers, take a walk around inner yards of the Old Town.

THE WAYS OF BOOK SMUGGLERS
School children get acquainted with book smugglers of Kėdainiai Region, their dangerous life and secret schools. They also do crosswords, read writings of the end of the 19th c. and play games.

HISTORY OF THE RADZIWILLS FAMILY
School children inquire into history of the noblemen family, their traditions and customs, analyse meaning of the family names, and draw the ornaments of the Radziwills sarcophaguses.

THE ANCIENT COAT OF ARMS OF LITHUANIA AND KĖDAINIAI
School children get acquainted with the ancient blazons of Lithuanian towns, draw the blazons of Kėdainiai and Jonušava, and create sketches of their own blazons.

THE ANCIENT FOLK SCULPTURE. A SYMBOL OF A CROSS
School children get acquainted with the small folk sculpture, chapel-crosses and crosses by V.Svirskis.

ANNA FRANK HISTORY FOR TODAY
School children get acquainted with an uprise of the Holocaust. They watch a film ‘Dear Kitty’ and read fragments of the diary.

SECRETS OF TEA
School children have a view of a collection of the ancient teakettles, get acquainted with traditions of tea drinking of various countries, taste Lithuanian tea of various sorts.

‘LET ADVENT’S EVENINGS NOT BE LONG’

School children get acquainted with customs and charms of Advent. They also are taught the Advent games and songs.

School children get acquainted with customs, charms and games of Christmas and Christmas Eve.

‘THE COLD WINTER GOES AWAY’

School children get acquainted with customs, songs and games of Shrovetide.

THE RETURN OF BIRDS

School children get acquainted with the return of birds, customs of festivals, children’s’ small folklore and imitation of birds voices.

School children get acquainted with ways of eggs variegation and Easter customs. They also are taught the Easter games and songs.

Teacher explains symbols of the Easter eggs. School children are taught to mottle eggs with wax.

III. PROGRAMMES AT THE MULTICULTURAL CENTRE

CONFESSIONS
A sightseeing tour of the Catholic, Reformers, Othodox and Jews temples finding out similarities and differences of various religions.

SHTETL AND TRADITIONS
A sightseeing tour of Kėdainiai old town finding out particularities of the Jews life in towns of Lithuania. Practice classes at the Multicultural Centre. The Jewish celebration Sabbath: customs and used items.

LITERATURE, MUSIC AND SYMBOLS OF THE NATIONAL COMMUNITIES
The programme includes written works of various forms from the 16th to the 19th c. Research of texts of the Lutherans, Calvinists, Catholics and secular Jewish texts related with Kėdainiai. Pupils familiarize also with the Russian and Polish texts related the mansions culture of the 19th – 20th c. Written heritage of the various nations and religions is illustrated by samples of art and architecture, finding out the most important symbols as well as listening to religous chants and music of various nations.

IV THE PROGRAMMES OF THE HISTORICAL CRAFTS AT THE ARNETS HOUSE

REFLECTION OF THE HISTORICAL CRAFTS IN KĖDAINIAI FOLK ART: TYING OF THRUMS
Demonstration of wristlets and tied decorations. Training how to make decorations. Explanation about their history and simbolic meaning of thrums, knots and beads in the Lithuanians world-view. Demonstration of slides during a lecture.

REFLECTION OF THE HISTORICAL CRAFTS IN KĖDAINIAI FOLK ART: TATTING OF LACE USING SHUTTLE AND CROCHET
Explanation about Lithuanian traditional tatting methods and their use. Presentation of tatting using a shuttle – history and simblic meaning. Training how to make lace and embroider. Demonstration of slides during a lecture.

PRESENTATION OF TRADITIONS OF WOOL FULLING-MILL AND PRODUCTION OF FELTED DECORATIONS
Training how to make felted decorations. Explanation of fulling-mill history, tradition and technique.

REFLECTION OF THE HISTORICAL CRAFTS IN KĖDAINIAI FOLK ART: APPLIQUE – ONE OF THE OLDEST METHODS OF COLOUR EMBROIDERY
Explanation why and when the method of applique was named ‘patchwork’, what is the difference between ‘patchwork’ and applique. Embroidery of national and historical ceremonial clothes. Demonstration of slides during a lecture.

TRADITIONS OF WEAVE AND TECHOLOGY IN KĖDAINIAI REGION
Two lectures – workshops. The first lecture: demonstration of beginning of weave using authentical loom of the 19th century – praparation of threads and whipping. Explanation about vertical and horizontal warper, how to cross threads and how threads of thrums are being tied into a string and bent onto a shaft. The second lecture: explanation, how warped warps are being fitted into loom.

KNITTING OF WRISTLETS AND GLOVES IN KĖDAINIAI REGION
Explanation about traditional patterns of wristlets and gloves of the Middle Lithuania and Klaipėda region. How the unique collection of gloves of Klaipėda region got in Dotnuva in 1940; also about spreading of the Lithuanian gloves, their shapes, knitting technique, sacral, aesthetical, customary and ceremonial meanings.

V TTHE PROGRAMMES IN THE MUSEUM OF THE 1863 UPRISING

LIFE AFTER THE 1863 UPRISING

PLACES OF REMEMBRANCES OF THE 1863 UPRISING (for 5-8 classes) 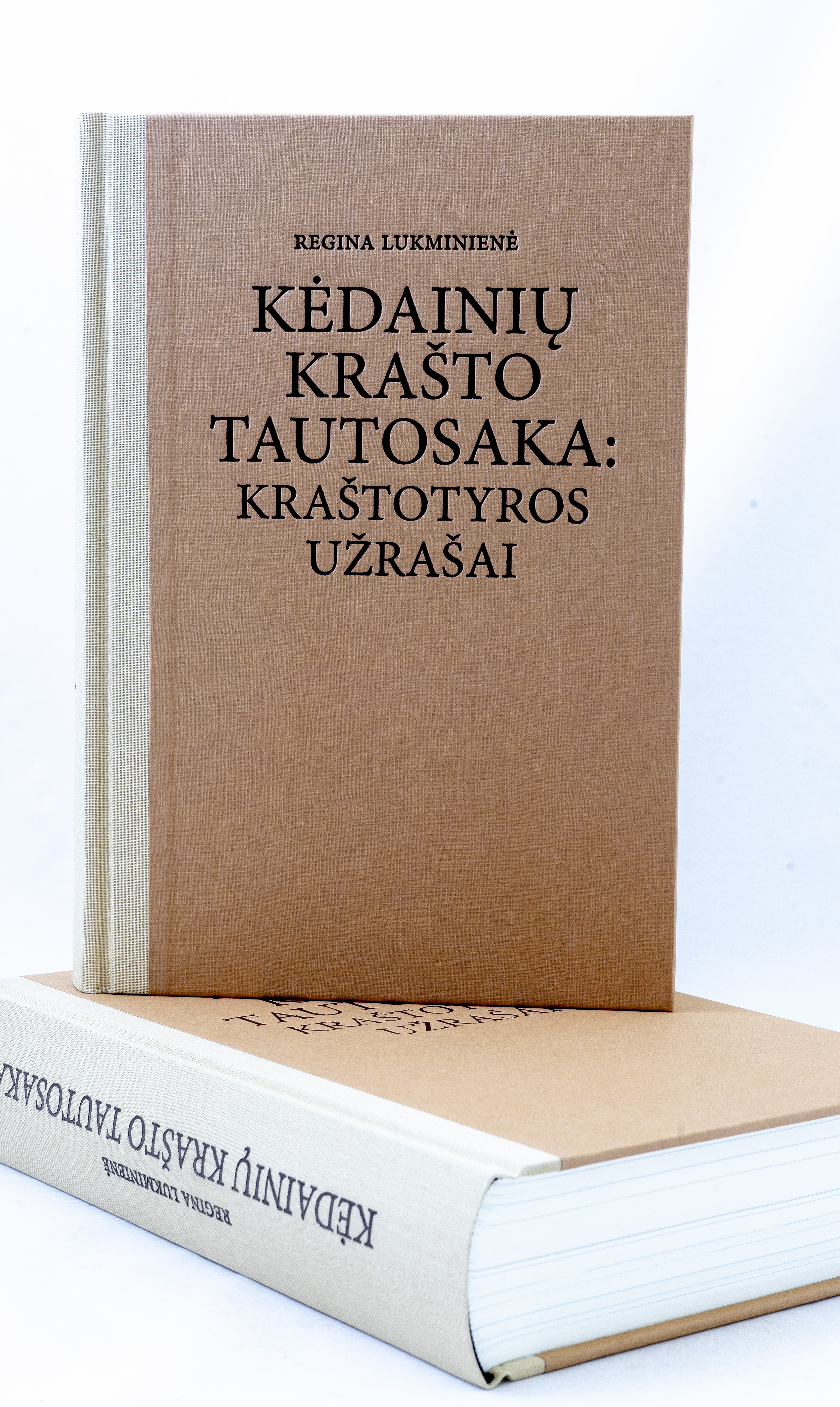 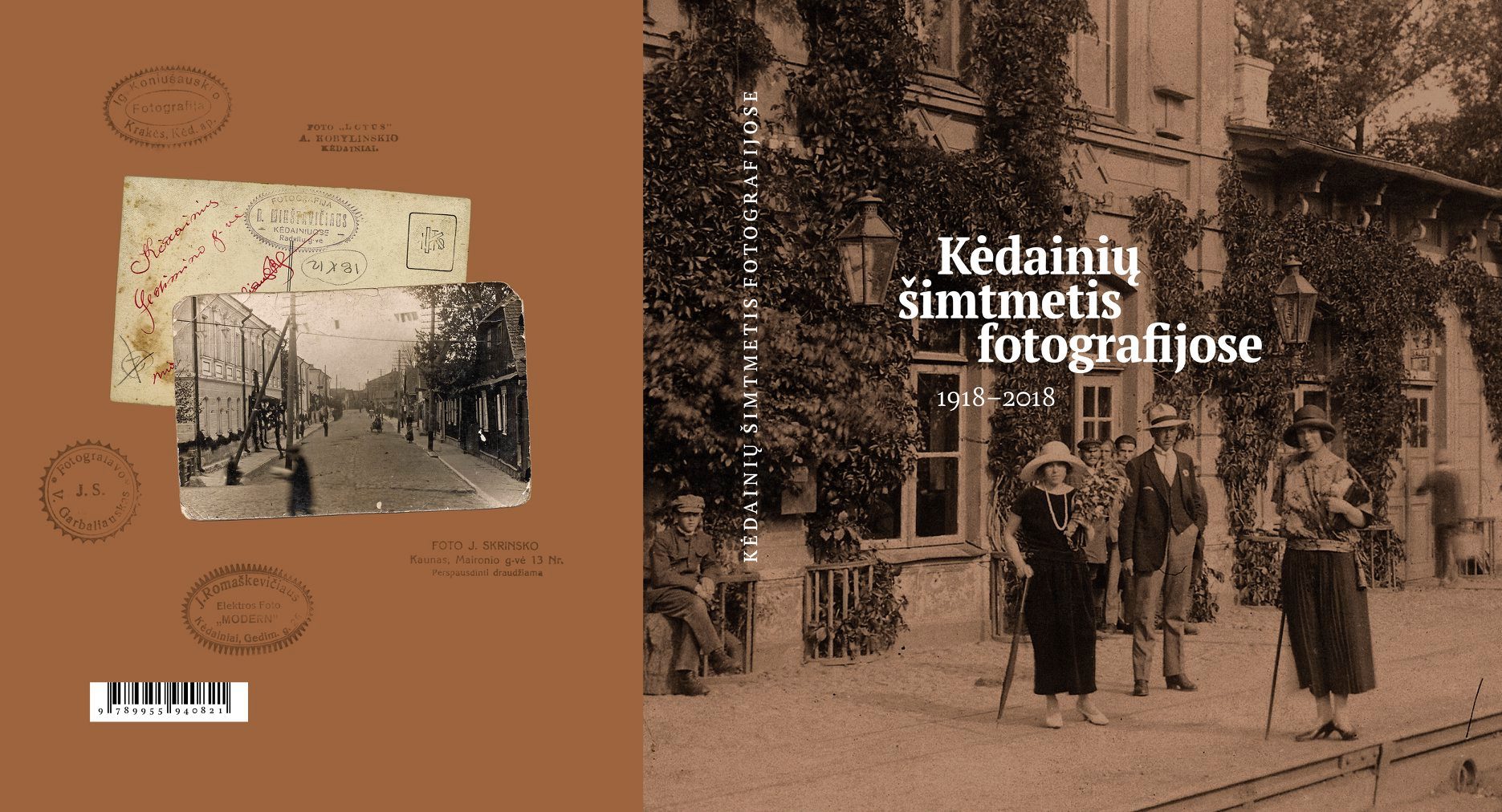 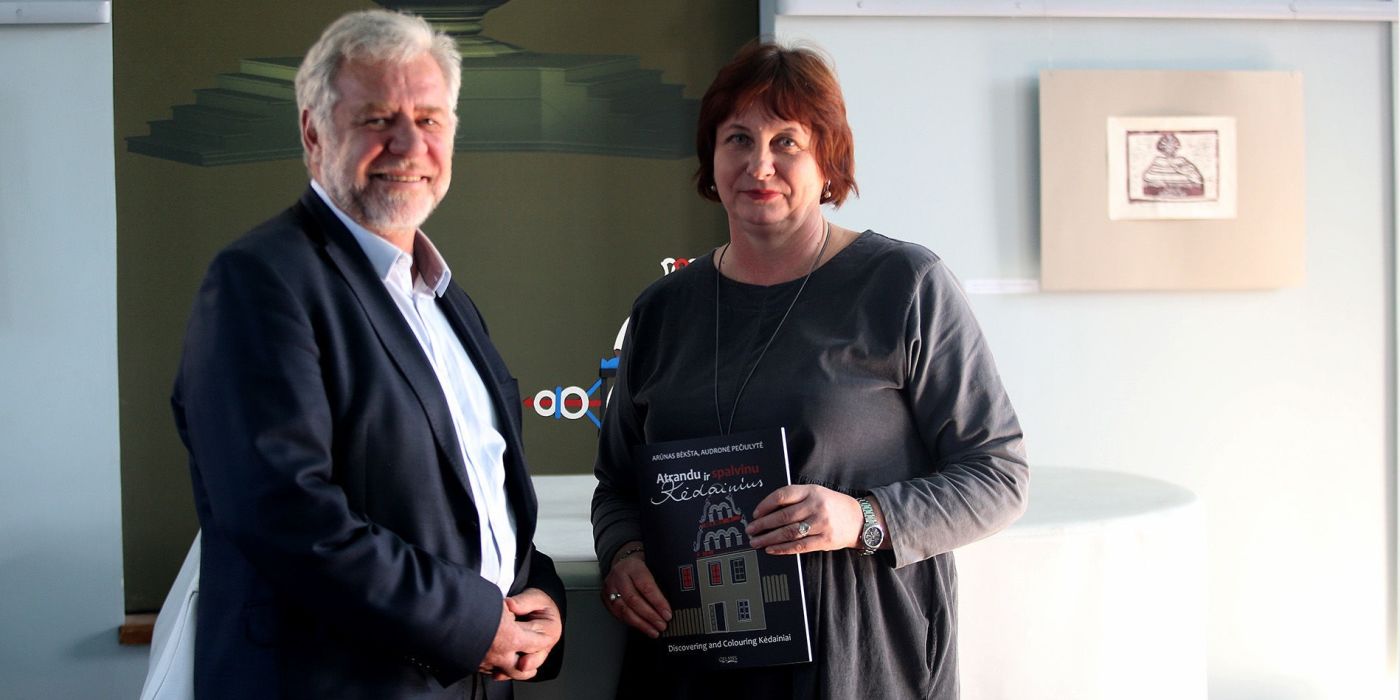